Learn About Scones With Pacific Merchants

January is National Hot Tea Month, and while there’s plenty to be said about tea on its own, we thought that now would be the perfect time to explore tea’s favorite sidekick: scones.

The Origin of the Scone

According to many reputable sources, scones most likely originated from Scotland. Made from the best white flour, scones began in a large round shape, as opposed to the triangular shape that many are formed in today. When it became time to serve the scone, it was sliced up in to quarters to be served to tea guests. There are three potential origins for the word “scone”: the Dutch, schoonbrot, and the German, sconbrot, both meaning “fine bread,” or the Gaelic, sgon, which means “large mouthful”.

Bake Your own Scones

Pacific Merchants’ own Mason Cash line has their own brand of scone mix! Available exclusively on our website, this scone mix is easy to use and delicious, and the perfect thing to make in our Mason Cash mixing bowls. We have three varieties available: original scone mix, currant scone mix, and cranberry orange scone mix, all of which are very popular.

Have A Spot of Tea with Price & Kensington

When your scones are finished baking, make sure you have your Price & Kensington tea set ready to go! Available in two-cup and four-cup sizes, our tea sets come securely packaged. Our two person tea set includes a 16 ounce tea pot, two 10-ounce mugs and two tea caddies, while our four person tea set includes a 40 ounce tea pot, four tea mugs and four tea caddies. For more information on our Mason Cash scone mix or our Price & Kensington line of tea accessories, head over to pacificmerchants.com 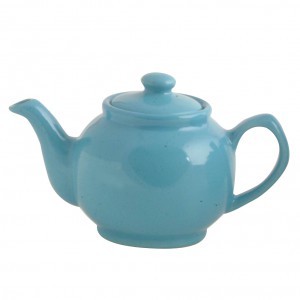 A Wedding Gift fit for a (Future) Queen! 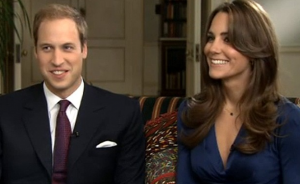 The Royal engagement of Prince William of Wales to Kate Middleton has got the gossip mills churning around the world- from the comparison of Middleton and the late Princess Diana to discussion of Middleton’s classic yet beautiful sense of style. Many are left wondering what sort of gift you would buy for a woman of such stature with her sense of taste. Whether you have a budget fit for a Queen, or your pocketbook is more like that of a commoner, Pacific Merchants Trading Company has the perfect bridal gift to fit your bank account.

Really love the bridegroom, or perhaps you have a spacious bank account? The Price & Kensington nine-piece tea set is right up your alley! Complete with six cup “Brown Betty” style tea pot, four modern color-coordinated tea cups, and four tea caddies, this tea set makes entertaining a breeze for any new bride! If you’re worried she won’t have enough tea cups or caddies, you can even add additional ones in your order.

If you’re a little less flush with cash but have some wiggle room in the budget, consider the Price & Kensington five-piece tea set.  Our five-piece set includes one two-cup “Brown Betty” style teapot, two tea cups, and two tea caddies.  Available in seven colors, you’re sure to find a set that matches the bride’s decor, and it’s just the right size for the bride and groom to enjoy some “tea time” togetherness.

Perhaps your cash flow is a little tight, or you aren’t very close to the bridegroom, our Price & Kensington three-piece tea set is the perfect “little something” gift. Available in either black or white, this beautiful set includes a two-cup “Brown Betty” teapot, creamer, and sugar bowl, and is a great gift idea for a child’s teacher or coworker that you’d like to show you care— even if you aren’t attending the nuptials.