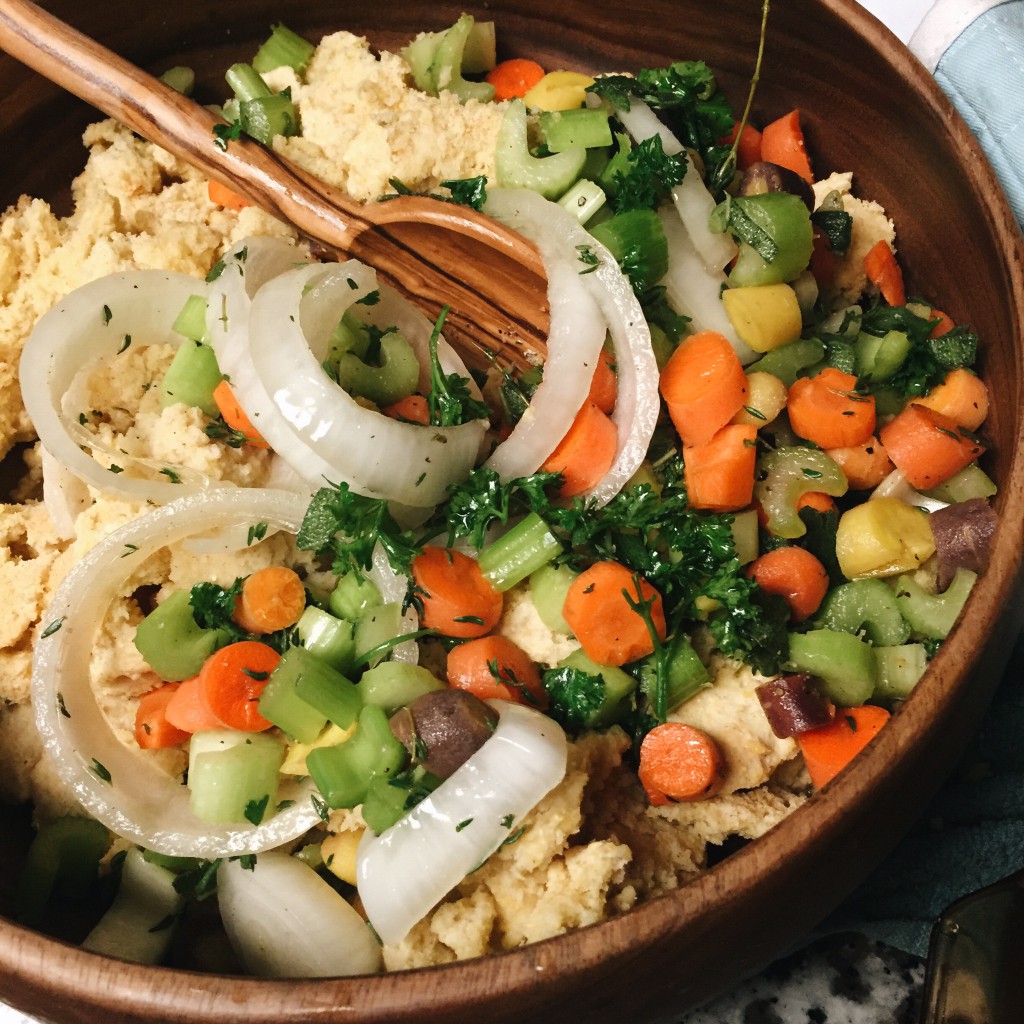 Delicious and guilt free holiday stuffing recipe served in our acacia wood bowl is a sure winner.

The holidays can still be warm, indulgent and scrumptious, even without gluten and dairy.  A simple twist on this classic, holiday stuffing recipe does not sacrifice deliciousness for health consciousness. Serve your stuffing in natural Acaciaware® wood products for a simply beautiful presentation.  These eco-friendly, specialty wood items make a decadent Thanksgiving easy.

This recipe was a huge success—the light sweetness of the carrots and kick of flavor from the thyme completes this dish.  For the most wholesome, authentic taste, I would use Kitchen Basics® Chicken Stock or, better yet, boil a hen for a few hours. The jus from the chicken hen, with a touch of salt, can enhance the richness tenfold.  My grandma’s two famous tricks for making the most flavorful stuffing are 1) using homemade jus and, of course, 2) choosing a quality cornbread mix. Choose your favorite cornbread mix, and if you are cooking for gluten-intolerant guests, ensure there is no enriched wheat flour in the blend.  I use Bob’s Red Mill ® Gluten Free Cornbread Mix.

When preparing the cornbread, the Olive Wood spoon is perfect for folding the mixture.  Use an 8×8 dark-colored baking pan and bake it for 25 minutes—do not overcook.  Allow the bread to be partially undercooked in the center because it will be baked again in the 11×7-baking dish (with the vegetable mixture). The final stuffing should come out just right: not too dry, not too mushy, with crusty edges.  It crumbles and melts in your mouth!

What are you thankful for this holiday season?

If you are feeling playful, add 3/4 c dried cranberries and ½ c pecans to the batter before baking a second time.

Crumble baked cornbread in a large mixing bowl and add vegetable mix. Stir well, folding with a Beech Wood spoon, and bake in an 11×7 baking dish at 325°F for 30 minutes or until golden brown on top.

Serve and enjoy with cranberry sauce. 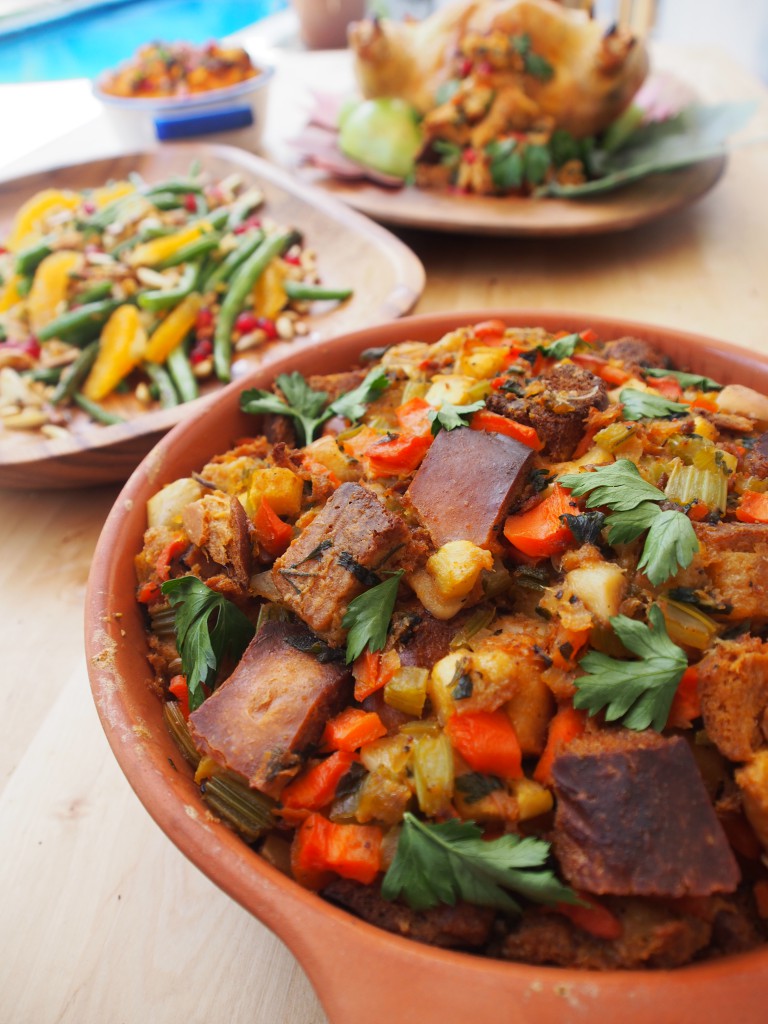 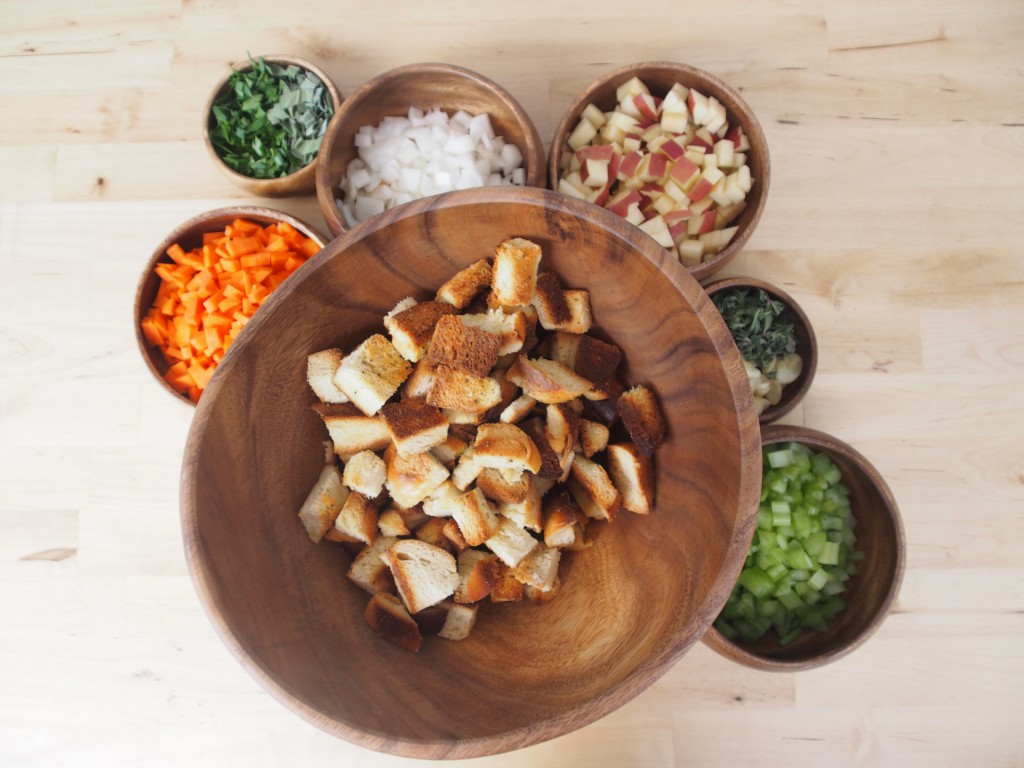 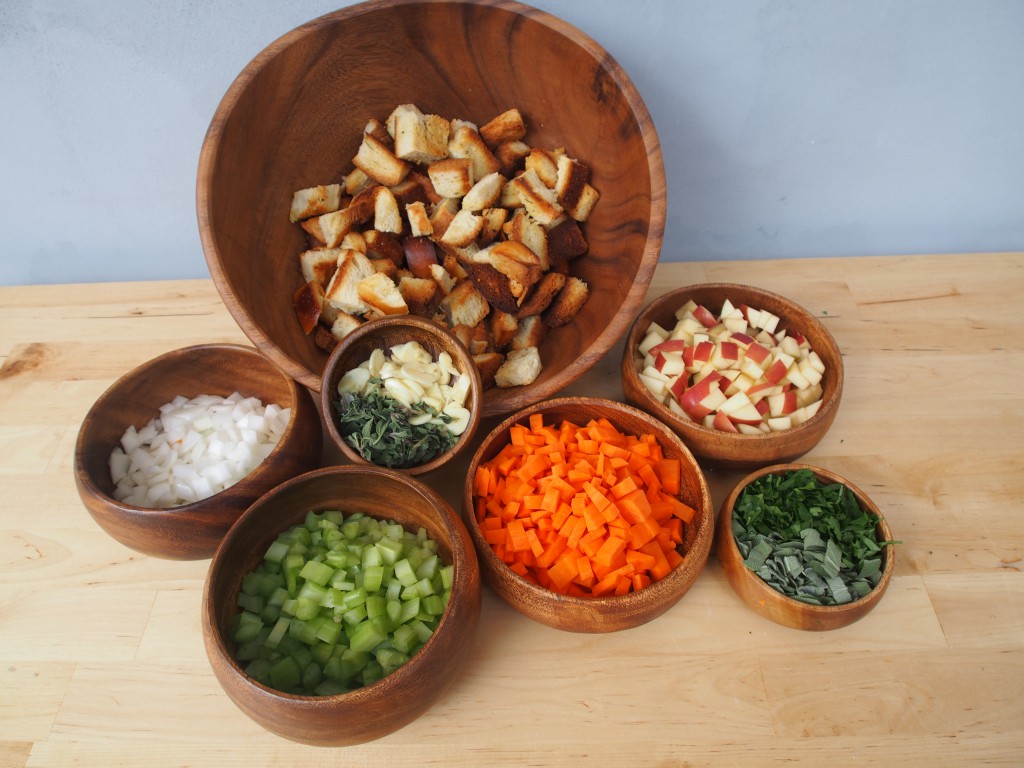 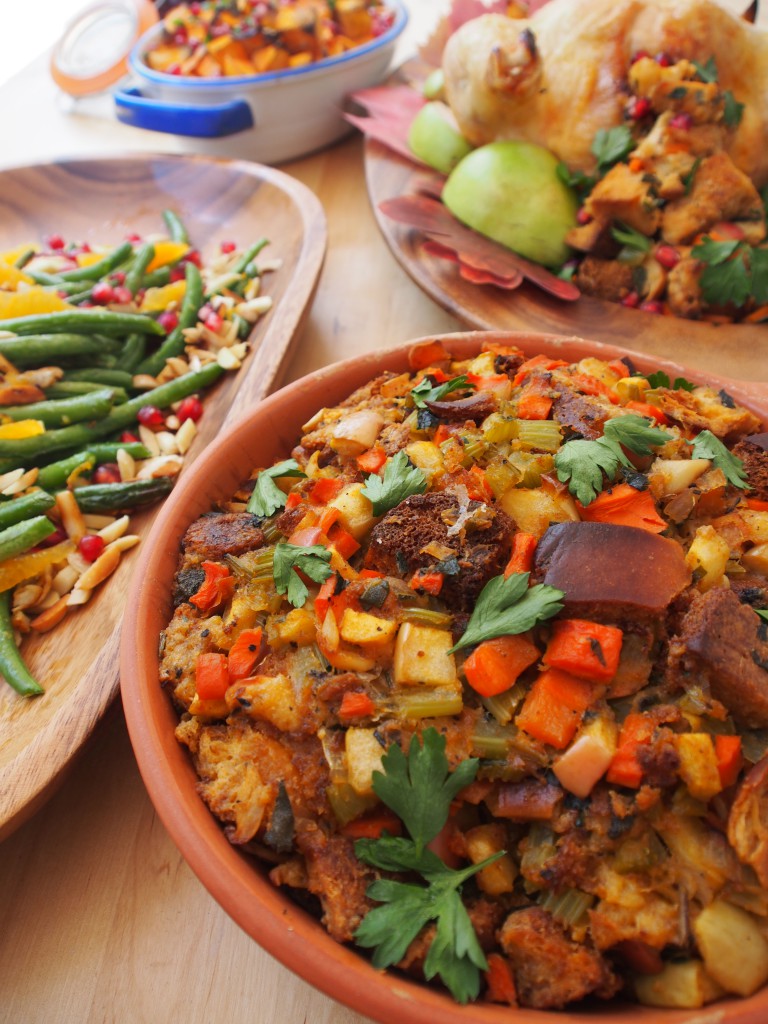 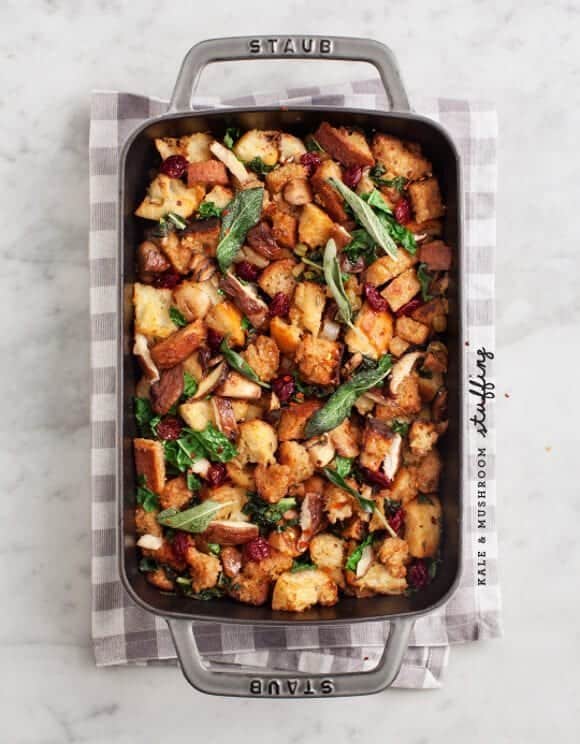