Royal Wedding Craziness!! What to give the couple who has everything!

What to give the couple who has everything? Finding just the right wedding gift can be a royal conundrum, and while Prince William and Kate Middleton, who are to be married on April 29, have admirably asked well wishers to make donations to one of several causes they support, in lieu of gifts, we at Pacific Merchants still stubbornly wish to send a little something special to them in addition to our charitable contribution.  Having never purchased a gift for a prince of the realm, we conducted a little research into past royal wedding gifts. It certainly gave us food for thought…

Jewels seem to be a safe bet. Strands of pearls, diamond necklaces, ruby earrings and elaborate tiaras were bestowed on Queen Elizabeth II (then Princess Elizabeth) when she married Prince Philip in 1947. In turn, Queen Elizabeth gave Lady Diana Spencer a rather lovely pearl and diamond tiara when she married Prince Charles in 1984.
But maybe those gifts are too personal. What about a little something for the home?
China is ubiquitous, such as the two hundred piece Chinese porcelain dinner service President Chiang Kai Shek presented to Queen Elizabeth. But no, the freight charges on something like that would be frightful. Perhaps a small knick knack, like the three million dollar, gem-encrusted gold model of an Arab boat the Emir of Bahrain presented to the Prince and Princess of Wales in 1984. Wouldn’t that look smashing in the Balmoral curio cabinet!

But safe bets aren’t always the best bets, which is why we were intrigued by the idea of presenting the royal couple with a racehorse similar to the one the Aga Khan sent Queen Elizabeth, or perhaps something a bit boho chic, like the piece of crocheted cotton lace personally made for the self same monarch by Mahatma Gandhi – and which then Queen Mary mistook for a loin cloth! Loin cloth or not, how sick an antimacassar would that be for the royal Lazy-Boy recliner!
Beginning to feel overwhelmed by a plethora of potential presents, we turned to the larder for ideas. What about five hundred cases of tinned pineapple, such as the government of New Zealand sent to –yes, her again!- Queen Elizabeth II, or a 1000 lb. wheel of Cheddar cheese, just like the one Queen Victoria and Prince Albert logged as a wedding gift in 1840? You’re right of course, it’s probably still sitting in the royal kitchen.

And then it dawned on us. Kitchen. Of course! The best gift not only honors its recipient, but reflects the best of its giver. We at Pacific Merchants pride ourselves on our wide range of Mason Cash products: mixing bowls, pudding basins, kitchen accessories, and bakeware. Why not send the royal couple a set of our very own Mason Cash mixing bowls! The” Rolls Royce” of mixing bowls; they have been a kitchen fundamental in British homes for over two hundred years! (And did we mention that our Mason Cash pudding basins are given out as gifts by the British Royal Household to this very day!)

Indeed! A set of Mason Cash mixing bowls is just the thing: a family heirloom Will and Kate will no doubt hand down to the bevy of royal rascals they produce. Along with a tiara or two. Can’t make the royal wedding? Get a flair of Britain in your own home with Mason Cash pudding basins used by the Royal Household are wonderful as mixing bowls, cereal & ice cream. Design fits in both traditional and modern kitchens. 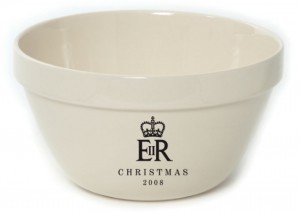 Posted in Mason Cash, Pacific Merchants | Comments Off on Royal Wedding Craziness!! What to give the couple who has everything!

Spring is in full flower, and with it comes a blossoming sense of renewal. As we take in the glory of flora and fauna in all their youthful vigor, our thoughts turn to celebration. Menus showcase the bounty of the season: simply roasted lamb and veal, a salad of minty green peas and haricot verts, slender stalks of steamed asparagus, a bowl of ruby red strawberries tossed with balsamic vinegar. As the thought of these delightful dishes waft through our collective unconscious here at Pacific Merchants, they bring to mind a perfect dessert to accent spring entertaining: Tiramisu.
Tiramisu is an ethereal dessert composed of lady fingers, marscapone cheese, chocolate, and rum. Both delicate and complex, it literally means “lift me up” in Italian – and this recipe is guaranteed to do just that.! Tiramisu is not only a delightful foil for your delectable spring recipes, it is also easy to make in advance. All the better if you want to clock some serious nap time in your garden hammock, or better yet, engage in a little youthful vigor of your own! It’s also easy to prepare, and ideal to spring on friends.

Terrific Tiramisu
Ingredients
• 6 egg yolks
• 3 tablespoons sugar
• 1 pound mascarpone cheese
• 1 1/2 cups strong espresso, cooled
• 2 teaspoons dark rum
• 24 packaged ladyfingers
• 1/2 cup bittersweet chocolate shavings, for garnish
Directions
In a large Mason Cash mixing bowl, beat egg yolks and sugar until thick and pale, (About 5 minutes with an electric mixer, longer by hand!). Add mascarpone cheese and beat until smooth. Add 1 tablespoon of espresso and mix thoroughly.
In a small Mason Cash pudding basin, add remaining espresso and rum. Roll each ladyfinger in espresso for 5 seconds only! Any longer will make the lady fingers dissolve into an unseemly mess. Place your tipsy ladyfingers on the bottom of a 11 1/2” x 8 1/2’” Mason Cash baker, breaking them up as needed to fit the bottom snugly.
Spread evenly 1/2 of the mascarpone mixture over the ladyfingers. Arrange another layer of soaked ladyfingers and top with remaining mascarpone mixture.
Cover tiramisu with plastic wrap and refrigerate for at least 2 hours, and up to 8 hours.
Before serving, sprinkle with chocolate shavings. 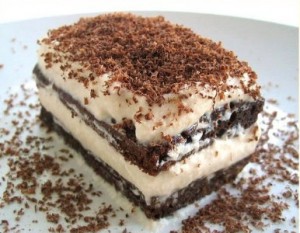 Posted in General | Comments Off on Lift Me Up!

Paska is a very popular, slightly sweet egg bread, consumed throughout Eastern Europe in countries such as Ukraine, Russia, and Poland as part of Easter celebrations. Each country’s recipe differs slightly from the recipes used in other countries, but the symbolism associated with the bread tends to remain the same.

Not only is Paska baked throughout Eastern Europe, but those who enjoy it also decorate the top by arranging pieces of dough into designs prior to baking. Detail ranges from braiding, rosettes, and crosses, to more ornate styles. Try out our recipe for Ukranian Paska, and have fun decorating the top however you like! 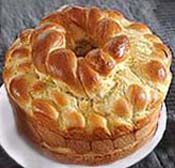 Brisket is one of the mainstays of any Passover meal, and traditional family recipes are often guarded with the vigilance of Fort Knox gold, or emergency nuclear codes.  So try and keep this one a secret, okay? 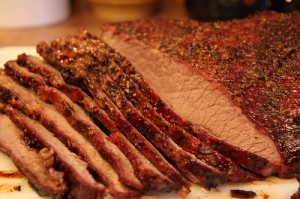 The Rise of Strawberry Popularity

First bred in Brittany, France in approximately 1740, strawberries are one of the world’s most popular fruits, and are especially popular in the United States. Used around the world in preserves, juices and pies, the United States is first in strawberry growth, growing 1.1 million tons of the fruit in 2008 (Mexico was a distant second with 207,485 tons). 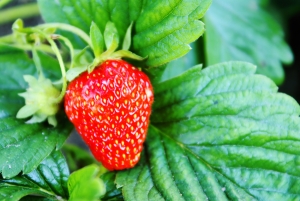 Strawberries and Your Health

According to a recent study in the American Journal of Clinical Nutrition, strawberries are third only to blueberries and walnuts in terms of antioxidant capacity. Strawberries are also a very healthy way to indulge a sweet tooth, as one cup (144 grams) of strawberries contains only 45 calories (on average) and is high in Vitamin C and flavonoids (which give strawberries some of their antioxidant properties).

Freebies and contests can be lots of fun for those who enter, and even more fun for those who win. This week, Pacific Merchants is going to give away another of our beautiful Price & Kensington five piece tea sets to one lucky winner! 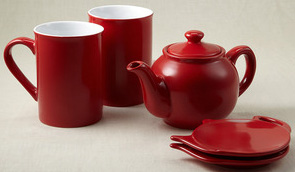 You could win this tea set (or one like it)!

This week, we’re asking our facebook fans to write on our wall and let us know how they like their tea: iced or hot? Earl Grey, Green, or another variety entirely? Do you add any sweetener, or do you prefer your tea ‘au natural?’

About the Tea Set

Our winner will get to pick any color of our five piece Price & Kensington tea sets. Each of these tea sets include one 16 ounce (two cup) teapot, two tea mugs, and two over sized teapot-shaped tea caddies. There are eight colors to choose from: cobalt blue, white, yellow, orange, red, blue, purple and green.

We’ll choose our winner on Friday, April 8th, so be sure to get your entry in so that you can win, and watch our Facebook wall for the announcement of our selection!

Hot Cross Buns have traditionally been eaten at Easter by Anglo Saxons for hundreds of years. Although the first recorded use of the term “Hot Cross Buns” dates back to 1733, many believe that the buns actually pre-date Christianity.

While Easter is synonymous with the coming of Spring, baby animals, and (everyone’s favorite) egg hunts, Easter actually gets its name and from the German Goddess Eostre. Historians believe that Eostre was the German goddess of the dawn, and in some cases, was considered a “Spring-like fertility goddess.” Traditionally, Germans would celebrate Eostre by feasting throughout the month we now know as April. It is believed that Saxons ate Hot Cross Buns during these feasts, which were meant to symbolize the four quarters of the moon.

Eventually, the buns became highly popular throughout England, specifically during the Easter season. Protestant monarchs attempted to ban them due to an alleged tie to the Catholic church, but were unsuccessful due to their incredible popularity.

There are many superstitions that surround Hot Cross Buns. An English superstition states that buns that are baked and served on Good Friday won’t spoil or become moldy during the coming year, while another states that giving a bun to someone who is sick will help them to get better.

Legend also has it that by sharing a hot cross bun, two friends will be ensured friendship in the coming year as long as they say “Half for you, half for me, between us two shall goodwill be” while consuming the bun. Ships that carry Hot Cross Buns are supposed to ensure safety against shipwreck when carried on a boat, and kitchens that have a Hot Cross Bun hanging within them are supposedly protected against fires and ensured a perfect result when breads are baked (the hanging bun is supposed to be replaced annually).